In scientific and human research, you often search for the effect of variables on other variables, and this is what we find a lot in experimental research, as the researcher tries to know the effect of an independent variable on a dependent variable or independent variables on dependent variables. It should be pointed out to a very important point, which is that statistics deals with numbers, so it is possible through these numbers and by conducting certain statistical operations to reach results for statistical significance. The researchers noted through their modest field experience as former players, and found that the previous studies were interested,especially the experimental ones, in how to produce the results in their form as significant differences between the variables, and this requires a complementary procedure to show which of these differences was more feasible in being affected by the use of exercises with auxiliary tools In learning some basic volleyball skills for beginners, The aim of the research is to describe exercises using tools that help in learning some basic volleyball skills for beginners. As the researchers used the quasi-experimental approach, for its suitability to the nature of the problem to be solved The research community, who are students of the second stage, numbering (142) students, divided into four divisions, and among those divisions, the researcher chose in a random manner and by (lottery) division (A, B), and they were divided into two groups, experimental and control, that is, by (40) students, as each group included of (20) students, and thus the proportion of the sample from the research community (28%), As these exercises were prepared using the aids and tools in the educational units, The researchers used statistical methods to process the data by using the statistical package (spss). The researchers recommended emphasizing the knowledge of the size of the impact resulting from learning the mathematical skills by using the tools that help in learning the skills in question, as they are more effective and in the various stages of learning and be an essential part in the content of the curriculum. 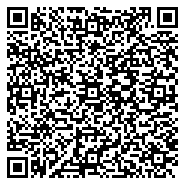