The purpose of this paper is to preparing a proposed rehabilitation curriculum and recognizing its effect on the treatment of partial rupture of the gluteal muscles and the strengthening of the muscles working in the pelvic joint in soccer players - knowing the effect of the curriculum in soccer rehabilitation partial rupture of the gluteal muscles. The researchers used the experimental method for its suitability to the nature of the research problem to be solved. Therefore, they used the one-group method with pre-and post-tests to suit the nature of the problem. The research community consists of (12) players, the research sample was chosen intentionally, as it included (10) athletes with gluteal muscle ruptures distributed as follows: An exploratory sample consisted of (4) players who were excluded from the study, and the sample to which the pilot study was applied consists of (6) players. Whereas, the researchers collected a sample of the injured athletes who attend the New Baghdad Specialized Center for Physiotherapy and Medical Rehabilitation from 2/1/2022 to 27/1/2022. The number of athletes with gluteal muscle ruptures during those period amounted to (32) injured athletes, as the researchers excluded a number of the research sample, who were tested by (50%) of the total of injured athletes in the time period of their collection and those who have been confirmed to the Specialized Center for Medical Rehabilitation and Physiotherapy, the sample was chosen in light of the diagnosis of the type of injury that was determined by the specialized doctor, and then the research sample was subjected to the rehabilitation approach proposed by the researchers. One of the most important results reached by the researcher is that: The proposed qualifying curriculum has a positive and significant effect on research variables among players with pelvic joint injuries, the results of the research variables showed the progress of the post-tests over the pre-tests, and the qualification of strength was better and faster than flexibility. One of the most important recommendations recommended by the researchers is that: Need to adopt the proposed rehabilitative approach to treat an injury (pelvis) and to strengthen the muscles working on the affected joint, necessity of adopting the tests and measurements that were used in the research and adopting them in future studies to evaluate the health status of injured athletes, and conducting research and studies similar to injury, as well as working on conducting research on all injuries to the body, whether the injured individual is an athlete or a non-athlete. 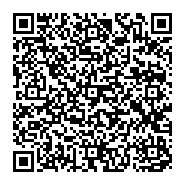