Objectives: Identifying the effect of special exercises in learning some basic skills in volleyball, as well as the extent of improvement by inferring them through biomechanical variables(Fleisig, 2010), in addition to identifying the differences between players in the level of skill performance based on some special measurements of muscles (the shoulder deltoid, biceps brachii, triceps brachii ) and tendons and tendon fusion points in the bon(Journal et al., 2020).

Design: The study adopted the experimental method by designing the pre and post-tests.

Methods: The study relied on the use of magnetic resonance imaging (MRI)(Cagnie et al., 2011) technology to identifying some measurements of the length, size and mass of the muscles under study, as well as tendons and fusion points(Ammar et al., 2018). As well as adopting recommended tests for the purpose of identifying kinetic expectation as a criterion for the stability of kinetic behavior in terms of mechanical variables(Takei et al., 2020). The two-dimensional kinematic analysis technique was also adopted using digital cameras at a speed of (120 puls / sec), and the use of the kinetic analysis program (Kenovea) to reach the results of the biomechanical variables in the specified tests(Peter M McGinnis, 2013).

Results: The results showed significant differences in favor of the post-tests through the application of special educational exercises. It was found that there are indications associated with some structural standards of muscles and tendons that support the process of rapid learning and the stability of kinetic behavior(Journal et al., 2020), which can contribute to strengthening the work of athletes and coaches. 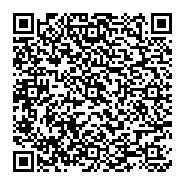