Background: Myofascial Pain Syndrome (MPS) is a local pain disease affecting all ages that are characterized by trigger points (TrPs) in muscles or fascia.
Objective: To compare the efficacy of the Graston technique versus soft tissue release on patients with myofascial neck pain syndrome.
Design: pre-test post-test randomized controlled trial.
Participants: 60 (male and female) Patients ages ranged from 25 to 40 years assigned to 3 groups.
Interventions: Each group consists of 20 cases Group (A) received Graston technique plus conventional treatment. Group (B) received soft tissue release plus conventional treatment. Group (C) received traditional treatment only.
Main Outcome Measures: They were assessed for cervical pain intensity using analogue visual scale, daily activities using a neck disability score, range of motion using an inclinometer, and tenderness using a pressure algometer pre-and post-treatment.
Results: There was a significant difference between the Graston technique and soft tissue release. Both were more successful than the control group in pain relief, functional impairment, and range of motion, with the Graston approach having a more beneficial impact.
Conclusion: Graston technique has a superior impact on relieving neck discomfort, functional impairment, and range of motion.

MPS symptoms can develop as a result of muscular overuse or injury, although some individuals have no triggering reasons(1). The onset of pain may be acute or insidious (1). Directly pathoanatomic caused MNP, which is rarely identifiable, might be associated with degenerative process or pathology identified throughout diagnostic imaging; tissues which caused NP till now are unknown.(2)

Recently, increased recurrence and chronicity NP rates. Most NP cases did not experience complete resolution of the symptom, from 50% to 85%, whose experience NP noted again post one-two later. (3)

Instrument edges and points would ride over soft tissues as stylus does a record groove giving "feedback," and cases had unique sensations when palpated with tools, such as " numb, crunchy, itchy, warm, or painful," which could help clinician (5)

Graston technique is believed to stimulate connective tissues remodeling through resorption of excessive fibrosis and inducing repair and regeneration of collagen secondary to fibroblast recruitment. Where released and breakdown of scar tissues, adhesions, and fascial restriction. (6)

Soft tissue release (STR) is a therapeutic strategy, treatment, and rehabilitation tool, as well as hands-on therapy, in which pressure exerted by therapist hands to and into the client's body. (7)

STR is leading therapy that involves communication between therapist and patients and actively promotes feedback on treatment responses and body awareness.

The STR technique has many interdependent components. Soft tissue rebounding makes up one of the manual applications of procedures, while soft tissue unwinding makes up the third. Three pieces come together to form a triangle. Setting goals for every component of the triangle as a therapist and connecting with the client, and getting their input are the two parts (8).

A randomized controlled study including a pre and post-test. The techniques used were approved by the Institutional Ethical Committee, and signed informed permission was obtained from the case. n. PACTR (202008747287742). Participants Our investigation was performed in Cleopatra group hospitals from December 2019 to May 2020 to compare the effect of the Graston method VS. soft tissue release on myofascial neck pain syndrome.

Eligibility was determined for 80 individuals. Sixty patients were allocated to three groups, as shown in Figure 1 (Figure 1). Using a computer randomization tool, simple selection was employed to allocate cases to three groups of equal numbers.

This research included 60 male and female patients aged 25 to 40 with mechanical neck discomfort. An orthopedic physician in charge of diagnosing cases based on clinical and radiographic assessment assigned all participants. They participated after providing signed consent permission.

Inclusion criteria: Age around 25 and 40 years, a history of chronically (for at least 90 days), clinically confirmed myofascial neck pain syndrome (MNPS) among both genders with no referred pain, spinal arthritis, or discs collapse, and sufficient comprehension to execute the tests.

Each patient was evaluated both before and after therapy. The analogue visual scale was used to evaluate pain (9). The Neck Disability Score Survey was created to provide data like how neck pain affects capabilities and management (10),

Algometer to measure pressure pain threshold (11), and an inclinometer to assess range of motion. The Deluxe Inclinometer has a three-inch display with one-degree markings. (12) .

This sheet was used to locate trigger points (TrPs) and guarantee the exact application of manual techniques to the same target point during the treatment sessions (13).

Soft tissue mobilization with the use of an instrument

Procedures: All participants were notified among all techniques prior they began.

Group A: consisted of 20 patients with MNPS who got the Graston method as well as standard therapy. Put lubricating substance to the treatment region while the patient is seated comfortably on a stool. Perform IASTM at degrees (30-60) for 40 to 120 seconds on each side till redness arises; use cold packs following procedure to reduce redness. (14)

The client's head and neck should be moved away from the treating sides when patients had to lie supine without a pillow, with the arm and wrist straight, the arm externally rotated at the shoulder joint, and the palm was pointing upward. Sit or stand at the treatment table's corner, edge, or top. Put one hand on the patient's chest, so the palm touches the collarbone, and the fingers point toward the patient's elbow on the same side. Place the other hand beneath the patient's jaw, using it as a handle and pointing the fingers toward the top of the patient's head. Lean through the barrier between the casing and the tissue depth and follow each delicate release in three dimensions. The process was carried out for at least five minutes (15).

Preliminary power analysis was conducted using G*Power 3.1.9.2 software to prevent a type II error with the following parameters [power (1−α error P) = 0.95, α = 0.05, effect size = 1.187]. Analysis was determined as a sample size of 60 individuals divided into three groups (20 each). For this calculation, we used pain intensity as the primary outcome measure in 15-subject pilot research.

Our target was to investigate Graston technique versus soft tissue release on myofascial neck pain syndrome. Sixty patients aged 25 to 40 were randomly allocated into three groups to contribute to our investigation. Data was acquired from the three Classes concerning analogue visual scale, pressure algometer from right and left upper trapezius muscles, neck disability index, and neck range of motion estimated at start and after therapy for all classes. SPSS for Windows version 25 was used to do statistical analysis and comparisons on the parameters.

The statistical measures were uniformly distributed according to the Shapiro- Wilk test (p >0.5).

Table 1 demonstrates the starting demographic profile of the individuals. No significant differences were observed among studied cases regarding age, weight, height, or BMI (p>0.05) (Table 1).

Within-group comparison: As shown in Table 2, there is a significant difference in all findings between before and after treatments in each group.

Between-group comparison: It is explained in table 3.

The current study included 60 individuals suffering from myofascial neck pain condition. Their ages ranged from twenty-five to forty years, separated into three equal Classes. All patients were evaluated before and after the trial using analogue visual scale, neck disability score, inclinometer, and algometer.

Furthermore, our findings are consistent with the findings of Motimath et al., 2017 who deduced that the IASTM method using the M2T razor is a crucial asset that can reduce pain instantly in individuals with upper trapezius spasm; users examined the impact of the M2T razor on individuals with neck pain and discovered a significant decline in pain level as well as enhanced level of activity, and they demonstrated that M2T razor could be utilized to loosen rigid fascia by applying rhythmic strokes over the fascia till the adhesions and crosslinkages are broken, and the release of the fascia occurred(17).

In the present study, our choice to use the Graston technique was supported by Hammer et al., 2008 & Baker et al., 2015 (19,6); they reported that improvement in the Graston group might be related to IASTM and improving soft tissues extensibilities by treating its restriction.

Graston technique has advantages over other soft tissue mobilization where metal surface of the instrument does not compress tissues, as do finger fat pads (20). The Graston group's findings are consistent with the findings of Cheatham et al. 2016, who observed increased function following IASTM. (20) Because pain-relieving therapies may enhance neck function, a drop in NDI scores may be ascribed to pain relief.

Consequently, both techniques were useful individually in increasing ROM, reducing pain, and improving function; however, when we compared the effectiveness of both methods, there was no statistically significant difference in improving any of the outcome variables.

Similar results were mentioned in previous research by Paranjape 2020, who reported that manual STM and IASTM have advantages and disadvantages. Manual STM does not need any specific instrument for treatment application; however, it can cause increased joint stress in the hands. A survey reported that 91% of absenteeism was attributed to pain in the therapist's hands due to manual STM. (21)

According to Snodgrass et al., 2003, the Graston approach necessitates the use of tools as well as expertise in its application. The IASTM equipment is an ergonomically built instrument that glides across adherent tissues and reverberates sensation in our hands, allowing us to pinpoint specific regions of limitation and cure them. (22) It alleviates the therapist's induced tension. Our research, on the contrary, disagrees with a systematic review by Nazari et al., 2019, which also doesn't confirm the use of IASTM to enhance discomfort, functioning, or range of motion in people not having extremities or spinal disorders or those who have a variety of diseases. (23). Even though the Graston approach was shown to be a more effective overactive therapy in this trial, it did not achieve a statistically significant difference compared to other therapies. This is achievable due to the easy posture; Graston is a practical and simple procedure. (24).

Concerning the result of the soft tissue release group, our study's result agrees with Nitsure P & Welling A.,2014, who reported that determining Gross MFR effects on upper limb and neck with mechanical NP for reducing pain and improving functional ability (25).

Our results align with Gauns & Gurudut 2018 who stated that the MFR technique affects chronic non-specific NP on 30 subjects, and MFR is an effective manual therapy technique for reducing pain and disability and improving isometric extension strength of the neck in patients with non-specific chronic neck pain. (26) Despite MNPS prevalence, there was a massive gap in previous investigations that failed to provide sufficient, conclusive evidence favoring one specific intervention over another in conservative pathology treatments. Based on earlier inquiries on the present practice patterns, 3 appears to be a cohort of subjects with NP who respond favorably to mobilization/ manipulation combination, exercise, and possibly traction interventions (2).

7 authors contributed to this investigation and all requirements for our research.

Gay RE, Madson TJ, Cieslak KR. "Comparison of the Neck Disability Index and the Neck Bournemouth Questionnaire in a sample of patients with chronic uncomplicated neck pain." J Manipulative Physiol Ther. 2007 May;30(4):259-62. 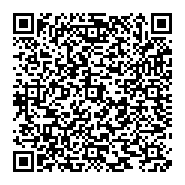