Physiology is one of the areas of physiological training in the main topics in the field of physical education, through which the effect of physical training on the vital organs of the player's body is recognized, through which he can ration training loads to suit the player's physiological ability in order to take advantage of positive responses and avoid negative ones that affect functional status, Therefore, physiology aims to explore the direct and long-range responses that physical exercises in general cause to the functions of the body's systems. Physiology has contributed to the development of athletic performance in various games, where development must depend on its study of everything related to physiological changes in the body if it is built on correct scientific foundations in proportion to the adequacy of the athlete’s vital organs, abilities and capabilities to achieve training goals, avoid negative effects and benefit from positive effects In the functional organs of the athlete's body. Because of the increase in studies and research in the field of sports physiology during the last decades, researchers and specialists were able to obtain important physiological information that contributed to sports training to be more compatible with the ability of the body. Where the basic ability of the individual depends on the circulatory and respiratory systems to carry out their functions adequately and this depends on the respiratory system obtaining oxygen and gas exchange and the ability of the heart muscle to pump blood and then deliver oxygen to the working muscles through the blood vessels and transfer carbon dioxide from these muscles to the outside of the body. In order to be able to explore the direct impact of physical exercise in general on the functions and organs of the body, so the importance of the research lies in identifying the impact of physical stress on the functional heart muscle variables and their relationship to the speed of recovery.

Many studies have been conducted in the field of physical training in order to identify the details of the physiological adaptations that occur in the body because of hospitalization after physical stress, where recovery plays a major role in developing the functional potential in general and the functions of the heart muscle in particular. Physical activity on physiological myocardial variables and their relationship to recovery speed.

- There is a statistically significant relationship between cardiac muscle variables and recovery speed after physical stress among young basketball players aged (16-18) years.

The nature of the problem to be studied is what determines the research method to be followed, and the method is the way that the researcher follows in his study to solve the research problem.( Mahjoub. 1993) Therefore, the researcher used the descriptive approach, in the style of correlational studies.

The researcher identified the community, who are the players of Al-Diwaniyah Youth Basketball Club for the season 2021-2022, and they are (16) players by a comprehensive inventory method, and before starting to work with physical stress, the homogeneity of one group was calculated in the measurements and tests as shown in Tables (1).

An exploratory experiment was conducted on a sample of (5) players on Thursday 17/2/2022, with the aim of identifying:

- Knowing the validity of the devices used in the research

- Identifying and addressing the negative obstacles facing the researchers.

- Find out the actual time of the test.

It is measured by means of a device (Vesoflow), where the data is sent to the portable calculator via Bluetooth through medical examination stickers placed on the athlete’s body specifically in the thoracic region and according to the manufacturer’s instructions according to the colors to surround the heart from all sides, as shown in the Figure (1): Scientific basis for the test:

The honest test is the test that measured what the measurement was made for ( Al-Yasiri 2010 ) and the test obtained 100% agreement by experts in the apparent validity of the test.

Objectivity is one of the important conditions for a good test, which means “there is no influence of subjective judgments by the experimenter (the researcher) or that objectivity is available without bias and subjective intervention by the experimenter, that is, the more subjective judgments do not affect the judgments, the greater the value of objectivity.”(Mahjoub. 1993) In addition, because the tests used in the research are laboratory tests, as the data is taken directly using measuring devices, it does not require objectivity, as it is not subject to judgments and is far from biased.

After ensuring the safety of the devices and providing the supplies, the exercise bike was worked on for a period of 30 seconds, according to the wingat test, and it was repeated twice, with a rest of 60 seconds between them. The cardiac muscle parameters were measured by using the Vesoflow device and that is at the end of the physical stress during the recovery period, on Sunday (20/2/2022) (Table2).

Presentation, analysis and discussion of variables before physical exertion

Presentation, analysis and discussion of the differences in some variables before and after physical exertion:

Presentation, analysis and discussion of the relationship of recovery speed for some heart variables after physical exertion:

Discussing the relationship of the speed of recovery for some variables of the heart after physical exertion:

Through tables (3.4), the tables show that cardiac muscle variables are indicators that are all linked and related to a very important factor during physical stress, as well as hospitalization and the amount of blood paid, whether it is in one stroke or minute. This importance is manifested in an important factor, which is the delivery of oxygen and other factors through the blood to all body systems to face significant changes during the stress or in the recovery phase. Therefore, the importance of developing these indicators is considered an important matter to ensure the return of the body’s organs to the normal state faster during the cessation of physical stress That is, the cardiac muscle is not only an indicator of physical efficiency, but rather it is a contributing factor to accelerating recovery, and that the functional work of the basketball player is large, so he needs a speedy recovery during the pauses that occur between runs, so the heartbeat increases when doing an stress Muscular because the muscles need larger amounts of oxygenated blood to supply the muscle with the energy needed for activity, and this speed is proportional to the intensity of the stress, and the heart rate returns to the normal state after the end of the stress (Khalil 2008)

In addition, the changes in the heart rate during and immediately after physical exertion are one of the real indicators of the ability of the heart and circulatory system. The increase that occurs to it during the stress and the time for it to return to its “normal” state quickly immediately after the end of the stress is a distinct relationship to the athlete’s body and a clear indication of the adaptation of the heart and circulatory system blood pressure on physical exertion (Mahmoud. 1988).

Therefore, increasing the heart rate during physical exertion will change many cardiac muscle indicators, as the increase in cardiac output (cardiac output) per minute depends on the velocity of venous return, in contrast to the resting time, which depends on the amount of blood pushed into and out of the ventricle during one impulse. The reason for this is that the period of time for ventricular filling during physical exertion is very short due to the intensity of physical exertion, which does not allow it to fill with a sufficient amount of blood, while during rest or during the recovery period, the filling time is longer because there is a slow heart rate During the minute, which leads to a second period of time for fullness and thus a greater pumping during one impulse or minute, so the cardiac thrust can increase based on either the increase in the heart rate or the increase in the volume of blood paid in one stroke and at rest the differences in the cardiac thrust There is very little between trained and untrained people, as the cardiac thrust ranges from 5-6 liters per minute, but during training the muscle need to consume oxygen increases, so the cardiac thrust rises and can reach the maximum cardiac thrust for athletes of 30 liters of blood per minute, which means an increase of 5-6 times the thrust In general, the highest level in the maximum oxygen consumption is the highest level in the cardiac thrust (Abdel-Fattah. 2003).

Through the presentation, analysis and discussion of the data, the researcher reached the following conclusions:

- Physical stress helped in increasing the efficiency of the heart variables under study.

- Basketball workers and coaches should take into consideration the functional variables of the heart, as they give the physical and physiological capabilities of the athlete and show a large percentage of responsibility in that.

- Taking into consideration, the basketball players test the functional potential of the heart variables in addition to other factors for selection as they represent an important factor in the development of physical capabilities during training. 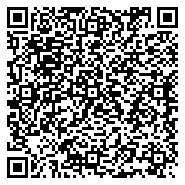