The research aims to identify the effect of Respiratory return exercises and some respiratory indicators on the preparation of the Olympic jacks and achievement for the advanced fourths, so the experimental approach was adopted to treat the research problem, the research sample was intentionally chosen from (20) different players, they were divided into two experimental and control groups using the method of random division. [1] The homogeneity and equivalence processes were performed to initiate one point for the data of the two research samples, after taking pre-measurements for them (height, age, ve. Vs. vo2 max), a training approach was designed to develop Respiratory returnand know its effect on other research variables, and the results of the tribal arithmetic media were compared And the dimensionality of the two groups and treating them statistically, as the most important conclusions were reached which are the void filling when inhaling and holding the breath with the need to take adequate inhalation at a rate of (RR10) inhalation and exhalation operations before lifting that lead to the best achievement.[2]

Respiratory returnis one of the important vital indicators in the body because its efficiency is one of the components that greatly increases the ability to perform physical activity and its requirements. It is a joint process between the respiratory and cardiovascular system, it is known that when any physical effort is made,the respiratory system increases energy consumption and the need for more oxygen. Increasing Respiratory returnstimulates all body functions and makes it fully prepared to bear all the burdens. [4] And when the individual makes any important effort. Its type had to be accompanied by important physiological changes in terms of responding to this effort that the individual exerts to ensure continuity of work. Among these variables are (Vo2max. Respiratory rate, pulmonary ventilation, and pulmonary void volume) and other many variables that include these two devices. In the beginning, the Olympic jacks are to stand the liftgate in front of the bar pillar, with the centre of the pillar of gravity and the entire feet on the ground. The direction of the two metacarpals is towards the imam or tilted slightly outward, and the distance between the feet varies from one quarter to another according to the specifications and the physical magnitude of the athlete, and in general, as a standardized measurement that is approximately the width of the hips, and we note that there are other preparation processes, including the process of taking the inhalation and exhalation before performing the lift and the operation Hold your breath during lifting, as the lifting process does not exceed 2-3 seconds. Hence, the research acquires its importance through the effect of Respiratory returnexercises and some respiratory indicators in the preparation for the Olympic elevations and the achievement of the advanced lifters. [5]

The research sample was intentionally selected from the weightlifting players in clubs (Al-Rafidain, Al-Itifaq, Housing), Iraq, Al-Diwaniyah governorate, and their number are (20) players from all weight groups. Relative achievement) and perform the homogeneity and parity process on them after dividing them by a simple random method.

The two groups were distributed as follows:

The first control group (10) players: its members are subject to physical training only.

The researcher carried out procedures aimed at controlling the variables and at one starting point, according to the differences in (age, weight, respiratory rate, Respiratory returnrate, relative achievement (kidnapping and nitration). "Whenever the difference coefficient is close to (1%), it is considered high homogeneity, and if it exceeds (30%), this means that the sample is not homogeneous" (2).

A pre-test was conducted for the members of the research group in the field after an exploratory experiment to determine the most important requirements of the main experiment on Sunday 12/1/2020 at four in the evening with the help of the work team. Relative to (age-weight-Vo2max-respiratory rate-RR-VE).

The researcher referred to the sources and references specialized in the science of training as well as collected several opinions of experts and specialists in the field of sports training and physiology in the method of training for 8 weeks and within the limitations:

1. The curriculum was applied in closed rooms, in semi-competitive conditions, and for the duration of the curriculum (8) weeks. The time for one training unit ranged between (60-90) minutes (4) units per week, which the researcher targeted to introduce Respiratory returndevelopment exercises and the implementation of the training curriculum began with effect. From Sunday 12/1/2020 until 2/23/2020. The first week of the curriculum, which is the first and second modules, was an explanation provided on how the actual performance of the training units was given, as well as the application of movement in front of the testers by placing the measuring devices so that they could perform the correct performance. To supervise the course of the curriculum on the control and experimental groups, as well as follow up the training stages. Work on the program was divided into three parts:

1. The first part: the training was carried out in general preparation for the respiratory system, and it consisted of (4) training units for (2) weeks.

2. The second part: Training was conducted in it to increase the depth and number of inhalation and exhalation before, during and after the exercise by increasing the intensity of the exercise. This was done by (4) units for (3) weeks.

3. The third part, in which training was conducted on maximum respiratory intensity and performance. The tested player had regular levers (jab and kidnapping) with (3) units for (3) weeks.

4. The principle of graduation was adopted from simple exercises on the ground and equipment and the use of exercises such as jumping and jumping from stability and after adjusting to them, moving to more difficult exercises and then to competition as the difficulty of exercises was increased by increasing the achievement load

5. The rest between the groups amounted to (2-5) minutes between one exercise and another. Use the pulse rate as a measure of the intensity of the exercise and the duration of rest

6. The intensity of the exercise was calculated relative to the maximum heart rate (220-age x ratio) (Focus 1984: 215). The training unit was completed with calming exercises and inhaling the widest amount of air possible. As for the control group, it was not trained with the same method, but rather in the usual curriculum of the trainer and another hall.

7. Addition of exercises preparing for lifting, how to perform, and determining the amount and number of inhalation and exhalation and self-suppression for the best preparation for lifting, as it was observed that whenever there was relaxation in the breathing process, the higher the player's willingness to lift, for the metabolic response and psychological readiness.

After the application of the vocabulary of the curriculum on Respiratory returnand respiratory rate was completed, the researcher conducted the post-test for the two groups on Sunday 23/2/2020, with the same pre-test conditions, and took the testers' data to be worked on and treated statistically.

The researchers used the Statistical Package for Social Sciences (SPSS)

Presentation and discussion of the results of the pre and post-tests for Vo2 max and Respiratory returnVE and respiratory rate RR (Table 1).

By presenting the results of the pre and post-tests of the variables (VO2MAXVE- RR), significant differences emerged between the pre and post-tests only for the experimental research group and in favour of the post-tests. As for the control group, there were no differences in these variables. The researcher attributes this positive change to these variables. The variables to the training curriculum were reflected positively in the development of these variables for the research sample, "as the opinions of experts, regardless of the sources of their scientific and practical culture, confirm that the training program leads to the development of achievement as it was built on a scientific basis in organizing the training process, programming it, using the appropriate and graduated intensity, noting the necessary individual differences, as well as using The optimum repetitions and effective interval of rest, under the supervision of specialized trainers, under good training conditions about a place, time and tools used ” [6]

,and (Al-Harhouri, 75, 1995) as it prepares the body with the necessary energy after Training and physical exertion affecting the body, changes occur, including an increase in the oxygen reserve in the muscles thanks to the increase in the proportion of air dialysis, as well as the researcher attributes the reason for the existence of significant differences in all values of the variables, the dimensional values of the experimental group to the presence of an increase in those variables through the number of respirations RR and the amount of oxygen consumed VO2 MAX and the amount of air for ventilation per minute (VE) due to the body's need for energy used in order to implement the physical effort and therefore this need increases with the body's need for oxygen. [7] Yen for the continuation of metabolic processes. And increase the requirements for working muscles of energy needed to perform. This is confirmed by both (Al-Tikriti and Muhammad) by saying: The physiological changes that occur in the respiratory system resulting from exercise are the increase in blood loaded with oxygen to accomplish the required work according to the severity of the test. The level of the parathormone hormone in the anaerobic effort, which represents a larger group of muscles, is witnessing a slight decrease It increases the absorption of calcium from the intestine indirectly, as the increase in calcium concentration has the most important role in the process of muscular contraction, as it is released from the side sacs of the sarcoplasmic reticulum with the help of an enzyme in the release of the enzyme tri-adenosine phosphate, which contributes to the cleavage of the triadenosine phosphate complex. [8]

As for the players' results in RESPIRATORY RETURNat effort:

A: The volume of normal breathing air is 350-800 milliliters, which represents the one-time volume of inhalation and exhalation air and it is 1-2 liters during exertion.

B: Inhalation air reserve: The usual volume of inhaled air and what is inhaled in addition to it is about 3567 milliliters.

T: Exhaled air reserve: The normal volume of exhaled air and what is expelled in addition to it is about 1273 milliliters.

Th: The volume of residual air: It is the volume of air that remains in the lungs and it is approximately 1364 milliliters during preparation for the lift.

Th: Total lung capacity is the maximum capacity of the lungs, equivalent to approximately 5,328 milliliters.

It is the product of inhaling air volume and the number of breaths one minute, so:

70- 100 l / d during physical activity for females, it decreases with a one-time violent movement of the body, such as snatching and lifting to the chest. The oxygenated blood capacity of players (transporting or carrying oxygen): It is the largest amount of oxygen that the blood can carry and transport. It differs from VO2max. Each 1 g Hb combines with (1.36-1.33) mL O2.

To calculate the oxygen capacity of the blood for the total blood volume, which equals approximately (6-5) liters, we can see that:

The physical exercises targeted for Respiratory return affected the increase of oxygen compensation in the blood and thus led to the development of all the variables studied for the experimental group (VO2MAX maximum oxygen consumption, pulmonary ventilation, and breath volume, which leads to an increase in energy production.

Taking sufficient inhalation at a rate of (RR10) inhalation and exhalation operations before lifting and performance in tournaments lead to the best achievement.

There was no development in the control group. 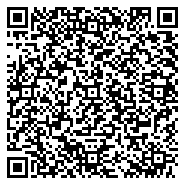