The concept of biomechanics is linked to kinetic analysis, and the person involved in kinetic analysis must have knowledge of the scientific foundations of movement and in accordance with the mechanical laws affecting the required kinetic performance. As a result, biomechanics contributes to the study of human movement in a scientific and analytical study. In order to achieve excellent kinetic performance, individuals in charge of the performance must be aware of the flaws that permeate it and work to eliminate them by coming up with the best possible solutions [1]. Since "analysis is regarded as one of the most sincere sciences in assessment and direction" (1:17). The scientific studies conducted by researchers and people with an interest in sports employing guidelines, theories, and scientific tests, including biomechanical analysis, are what led to the athletic accomplishments and the high level attained by athletes in a variety of sporting events. It relies on video and cinematographic equipment, and connects them to high-tech devices, to help describe movement, find interrelated relationships in kinetic performance, and give accurate results [2]. And among these programs is the (Dart Fish) program, which is a global program and relied upon in many international laboratories specialized in biomechanical analysis, which leads us to obtain accurate outputs in everything related to the characteristics of the kinetic path. The researcher dealt with the sport of boxing, which, like other sports, depends on scientific fields as a basis for its development and access to high levels. It is distinguished from other types of other sporting activities by the different technical movements of the arms [3]., torso, and legs, whether these movements are single, double, or compound, in which the reaction force plays a major role in accuracy, speed, in addition to attention, focus, and joint flexibility, in order to be able to respond quickly and kinesthetic well [4].

Through the researcher's follow-up to many games and looking at many sources, the researcher noticed that there is a clear weakness by the players in performing the vertical punch from the bottom and the speed of its kinetic response. Therefore, the researcher decided to analyze some biomechanical variables for this skill in order to identify the importance of the analysis. The movement, which in turn helps in finding the weaknesses of the players and treating them, which helps in developing performance and achieving a high level in the boxing game [5,6].

Research Methodology: the descriptive approach with the analytical method was used in the research because it takes into account "the reality of accidents and things, and the clarification or description of the facts does not depend on assessing the present facts as they are, but deals with analysis and interpretation for the purpose of drawing important conclusions to correct this reality" (96:2).

The sample can be defined as "the part that represents the community of origin, as well as the model on which the researcher conducts the entire axis of his currency" (84:3).

The Etisalat Club and Sports Mail players made up the research sample, and six players were specifically chosen to represent the club's top elite across all weight categories. A homogeneity was made for the sample in terms of (age, weight, height, training age) as it was adjusted using the torsion coefficient (178:7).

a) The human field: which consists of six young athletes from the Sports Post Club and Etisalat.

c) The geographical filed: the boxing ring at the Redemption Exchange in Sadr City.

Equipment and tools used in the research:

The software used: Dartfish program for the analysis of biomechanical variables.

The steps to conduct the experiment:

Exploratory experience: The researcher conducted her exploratory experiment on a sample of three players who are not part of the research sample in order to determine the validity of the performance of the research and to prevent issues that could arise during the practical field procedures. The experiment included testing the players' kinetic response times and their performance on a punching bag. The dimensions and heights of the experiment were fixed with the analysis cameras so that the cameras could capture every detail of the technical movement of the skill. The experiment was then photographed by two Casio cameras at a speed of (1000) photos per second.

The purpose of the test: to measure the speed of kinetic response

The tools used: the equipment employed included a chair with a table, a stick with numbers ranging from (1-100), an opaque plastic tube with a support on the back of the chair, an electric coil attached to electrical lines, a lamp, and an operating switch. Figure (1-2) depicts this device. Figure 2. Shows a photograph of the research sample on a punching bag.

Description of the performance: the tested player sits on the chair, facing the light bulb, with one of his hands resting on the table, and he is ready to hold, provided that the wrist joint is resting on the table, so that the player cannot lower the hand below the level of the table, and his gaze is directed toward the unlit lamp. When the lamp is turned on, the player grabs the stick that appears from inside the opaque plastic tube.

a) Hold the stick and hold on to the number reached by the hand when performing the action.

b) Keeping the hand still and resting it on the table.

c) The player gets two chances, with the best one being recorded.

Recording: When the catch is made from the bottom, the player prefers to record the reading that is reached.

On July 8, 2021, the researcher carried out her primary study at the Etisalat Club and Sports Post stadium. Phosphorous markers were applied to the boxers' joints (shoulder, elbow, and hip), they were weighed, a kinetic reaction speed test was performed, and players' images were placed on sleeve bags.

Videography: the players on the sleeve bag with the biomechanical variables were filmed by the researcher using videography to prevent errors, and the footage was loaded into the dartfish program to extract the relevant data. Three cameras were used to record the sample, each at a speed of one (1000) frames per second [10]. The first camera was fixed to the top of the sleeve bag, which had a height of four meters. The second camera was four meters to the boxer's right, and the third camera was four meters to the boxer's left.

The researcher employed the drat fish program, which has since been embraced by numerous labs with a focus on biomechanical analysis. As the video enters the program to extract the variables directly, this software replaces many of the previous phases.

Presentation and analysis of results:

Presentation and discussion of the connections between the kinetic response speed and the research variables.

The biomechanical conditions related to kinetic performance must be applied by the players since they are crucial to the proper execution of the hitting movement to the target. Due to its significance in performance as well as in influencing the opponent, it is essential that the line of the boxer's various body parts coincide when performing the punch and in a good direct method during the training procedure. It is also highlighted that by adopting the proper postures for the legs, torso, and arms while standing ready, a boxer can achieve the best position possible for their particular expertise. The need of developing unique and suitable physical traits to apply the correct performance in line with the biomechanical circumstances. Conducting fresh research on additional biomechanical aspects and the rest of the various boxing techniques. Holding training sessions to educate coaches and boxing enthusiasts about the value of biomechanical kinetic analysis as a crucial component of the training process.

Al-Morjani, A. K., (1998) A study of some basic determinants as an indicator of the lack of boxing cubs, PhD thesis, University of Baghdad, College of Physical Education.

Al-Mayyah, A. M. M. (2021). Acquired learning disability and its contribution to weakness of mastery of learning of precision of some tennis skills among students of College of Physical Education and Sport Sciences.Revista iberoamericana de psicología del ejercicio y el deporte,16(5), 3. 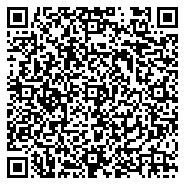