The educational process depends on the means of conveying information from the teacher to the learner. Whenever appropriate, this means the learning process takes place better, faster, and with less effort, and the problem of research lies. The players lack learning in the meta-knowledge curriculum in basketball offensive skills than offensive skills. The aim of the research is to identify the effect of training exercises for educational numbers based on metacognitive skills in teaching some offensive skills with basketball. As for the research assignment, there are statistically significant differences between the results of the pre and post tests for the experimental group and in favor of the post tests. The experimental approach was used for its suitability to the nature of the problem. The research sample is a group of (14) players from the Specialized School of Sports Basketball They were divided into two groups (control) and (experimental) and by lottery with (7) players for each group. Through the results, conclusions were reached, the most important of which is the preference for the experimental group in the applied exercises for metacognitive education used in the educational curriculum for performance, which had an effective role among the members of the experimental group.

The educational process depends on the means of conveying information from the teacher to the learner. Whenever this method is appropriate, the learning process is done better, faster, and with less effort (Perry et al, 2019). There have been many means or methods of transmitting information, and there has been great progress on them as a result of the development of modern concepts of the educational process (Hargrove, 2013). Its connection with the mental and cognitive abilities of the learner through his participation in building new forms of communication and making the educational facilities more effective and interesting (Tempelaar, 2006). The learning factor beyond the player needs for offensive and defensive information on the field. The defensive movements most often serve to prepare the offensive movements (Zabit, 2010). It is also an important factor in confusing the opponent, which makes him unable to think or anticipate the movement of the attacking player. As well as surprising the opponent by performing quick movements and recording a touch on him, and the movements must be accurate and well-timed in order for them to succeed (Gilbert, 2005). The game of basketball is one of the team games that are widely and widely used because it contains many skills, including defensive and offensive . This skill in motor learning is one of the only movement skills, meaning it has a clear beginning and a clear end, which enables the learner to know the parts of this skill (Medina et al, 2017).

Therefore, the cognitive aspects of any player are extremely important. If the knowledge aspects, information, and previous experiences in the aspects of education accumulate, the more you increase the mastery of performance and quickly develop solutions to any variable. These changes may occur during play or previously unknown to the learner (Turan et al., 2009).

Hence the importance of research in identifying what the player possesses of metacognitive skills, because the player must use and store smart cognitive structures or structures. The skill is self-awareness by being a positive and active player in his environment with a high sense of himself as a conscious actor in the retention and retrieval of information (Cardelle-Elawar, 1992).

The research community consisted of players from the Specialized School of Basketball in Baghdad Governorate with basketball (males only). Under 16 years of age, and their number is (18) players. As for the research sample, it consisted of (14) players. The researchers excluded (4) players because they have high game skills and a high level of skill performance.

The most important thing that the researchers need is to prepare a questionnaire to choose the appropriate tests for the skills under study.The form was shown to a group of (4) basketball specialists. After collecting and emptying the forms, the tests that achieved an agreement of (70%) and above were selected, and Table (2) explains that.

First: Tests the offensive skills of the game of basketball:

The purpose of the test: To measure the velocity of the chuck when changing direction

The necessary tools: a basketball court, 6 signs, an electronic stopwatch, a tape length (1.50 m) drawn as a starting line, a whistle to give the start signal.

Performance specifications: The tester with the ball takes the standby position from the high start behind the starting line. When the start signal is heard, the tester runs with the pad, changing the direction between the signs, then turns around the last person and continues running with the chopper between the halves until it crosses the finish line.

Recording: Calculates the time taken by the laboratory from the moment the signal was given until it crossed the finish line

The purpose of the test: to measure the velocity of thoracic handling and receiving.

Performance Specifications: The tester stands directly behind the starting line holding the ball. And at a start signal stethoscope he quickly handles the ball (chest handling) against the wall and receives it. This performance is repeated for 10 consecutive manipulations at the fastest possible speed.

The purpose of the test: To measure the accuracy of free throw scoring behind the free throw line.

Calculation of points: for each successful throw (a ball that enters the basket), one point is calculated and scored for each player, and no point is counted for the player when the ball does not enter the basket. The highest points that can be obtained are (20) points.

The researchers conducted an exploratory experiment on 12/13/2019 on the players of the research sample, which are 4 players from Al-Salwiya School in Baghdad Governorate.

The researchers conducted the pre-tests before starting the training curriculum, which included the tests (offensive skills) on Saturday and Sunday at ten o'clock in the morning on 13-14 / 12/2019 in the hall of the Ministry of Youth and Sports.

After I looked at many of the available scientific sources, as well as benefiting from the opinions of experts and specialists in the field of basketball and kinetic learning. Their good opinions were taken after the educational curriculum was presented to them so that the research could achieve its goals "The basis for it is to reach the student’s level to the best possible degree of progress in his specialized activity." (1988: 53: 1)

These two units included a simple explanation of the law of the game, the dimensions of the arena, and the creation of a kind of harmony between the learner and how to perform the correct skill so that the individual can form an incomplete initial picture at first. These two units were given to the two groups (experimental and control) on Saturday 14/12/2019 and in the Specialized School Hall in Baghdad A.

After completing the induction units, and on Sunday 12/15/2019, the application of the educational curriculum, which consisted of (24) educational units, took (8) weeks, distributed on Sundays, Tuesdays and Thursdays. The time of the educational unit is (45) minutes, as the curriculum is applied in the main section, which has a time of (30) minutes. This section included the theoretical part, which has a time of (10) minutes, which includes an explanation of the skill with a presentation of the application form to the learners

The dimensional tests were conducted on the research sample on Saturday 15/2/2020 in the Wissam Oribi Olympic Hall, closed for sports for a period of one day. The researchers followed the same procedures that they followed in the pre-tests in terms of time and place, the tools used in the tests, and the tools used.

To achieve the goal of the study, the researchers used the Statistical Package for the Social Sciences (SPSS):

1. That the educational curriculum, according to metacognition exercises, has a positive effect on learning offensive skills with basketball

2. The applied exercises for metacognitive education used in the educational curriculum and accompanying the performance had an effective role among the members of the experimental group.

4. There is a significant correlation between the accuracy of some offensive skills with basketball

Hargrove, R. A. (2013). Assessing the long-term impact of a metacognitive approach to creative skill development. International Journal of Technology and Design Education, 23(3), 489-517. 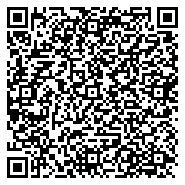