The research aimed to use HIIT exercises, and to know the effect of HIIT exercises on some physiological and physical indicators of the young badminton players, and to identify the degree of competition anxiety and the performance of some offense skills among the young badminton players. The research community (the young badminton players), the research sample and its selection method (the research sample was chosen by the intentional method (8) badminton player from the Athwari Club), the scientific method (the experimental method with pre and post tests), measurement tools: physiological tests (high and low blood pressure) , pulse, and physical exams (explosive force of arms and legs) and the offense skills and the scale of competition anxiety that was made up by (Mohammed Hassan Alawy of 1998, which includes 45 items) after commencing the pretests and technology application which it was applied for two months, statistical processing (The arithmetic mean, standard deviation, skewness, and t-test were used on one sample), research findings (the utilization of HIIT exercises has a positive effect on some physiological and physical indicators in reducing competition anxiety and it had the role to develop the offense skills for the players of Badminton.

Introduction and importance of the research: Badminton has developed with the development of various sciences and various training programs to open future horizons with the growth and development in this sport. Badminton is one of the sports that requires reaction speed and high physical fitness because it is a fast sport, and physical and psychological preparation is one of the important basic pillars to achieve success (Kzar & Al- Selmi, 2021). And excellence in sports activities, and its relative importance increases in the advanced stages of training, and awareness has increased among coaches and athletes of the importance of the psychological aspect to reach the best levels of sports, where excellence in the sports field requires full integration between mind and body, so psychological skills training programs have a prestigious position For its effective role in the preparation and training processes, especially after the apparent convergence in the physical level, skills and training techniques, the anxiety of sports competition, the fear caused in the situations of competition (match) sports (Al-Selmi et al., 2019) . It is a special type of fear that occurs in the athlete in connection with the situations of sports competitions, compared to the type of anxiety as a feature and condition according to the concept of (Spiel Bergs), which can occur to the individual in any situation of public life, which the individual considers a threat to him, and HIIT exercises are one of the means Training in bringing about physiological changes and reducing all kinds of anxiety that occur to the player before the game, as it depends on the energy pathways inside the body and thus by linking the mind with the body according to the energy in the body, so the importance of research lies in identifying the effect of HIIT exercises on some physiological and physical indicators in Reducing competition anxiety and performing some offensive skills for badminton youth. Research Problem: The phenomenon of anxiety is one of the phenomena that may be an obstacle for each player, and it has an impact on the behavior of the players in general, and thus prevents him from realizing his hidden talents, which stands between him and his realization of his real advantages, and that the state of tension that affects the player and temporary instability occurs As a result of temporary psychological conditions that provoke him a state of fear, so the researcher found that the use of HIIT exercises to reduce the state of competition anxiety, which is considered negative energy and convert it into positive energy, and thus its positive effect on some physiological and physical indicators, so the research problem lies in identifying the effect of HIIT exercises On some physiological and physical indicators in reducing competition anxiety and performing some offensive skills of badminton youth (Kzar et al., 2022).

Experimental Design: Many of the phenomena can only be studied through a method that fits the problem to be studied, and on this basis the researcher used the experimental method and by designing a single group and using the method of pre- and post-measurement for its suitability.

It shows the arithmetic mean, standard deviation, median and the value of the skew coefficient between the individuals of the research sample for the purpose of homogeneity.

The metrics used in this research:

The researcher determined the metrics then chose the following: Psychometrics to determine competition anxiety:

Pre-tests: The pre-tests of the physiological variables (high blood pressure, low blood pressure, pulse) in addition to the skill tests) were conducted for the research sample, which numbered (6) players from the Al-Athoury badminton club, in the Armenian club hall, and the researcher sought to establish all the conditions, time, place, devices, tools and method Implementation, and that is an attempt to create the same conditions when conducting post-tests, on the research sample on 16/1/2021The main experiment: The researcher started implementing HIIT exercises for the research sample on January 17, 2021 in the inner hall of Al-Athoury Club, as the exercises were applied to the experimental group during two months at a rate of (9) weeks. The thirty of them, jumping rope, fast running, cycling or swimming, these exercises can be practiced anywhere and at any time, provided that the time for each of them is adhered to, with an increase in the intensity of the exercise.

the post-tests: The post-tests of the research sample were conducted on 12/03/2021 at exactly ten o'clock in the morning, as all conditions related to the tests were taken into account in terms of tools, devices, time and place, as well as the method of implementation.

Each probability value is less than (0.05), meaning there is statistical significance

It shows the means, standard deviation, and the calculated T value for the research variables (Table 2).

HIIT exercises or aerobic exercises, as some are called, depend on the use of large groups of muscles, with regular breathing, and the heart rate rises, provided that it remains at a constant level for ten minutes, in order to provide the muscles with the necessary oxygen. Perhaps what distinguishes HIIT Cardio exercises is not its high ability to burn fat during exercise, but also during sleep. "It is a set of physical and kinetic situations and movements that aim to develop various physical and kinetic abilities to reach the player to the highest possible level of skill and kinetic performance in the type of specialized sport, based on scientific foundations and correct kinetic paths for the art of movement" (Fatimah Abed Malih & Marib Jawad: 2016). As the individual who exercises it is able to possess an important amount of motor, mental and skill abilities to meet the requirements of athletic performance, what happens when practicing training directly affects the work of these functional organs and organs, and this is consistent with what was stated (Khion & Kinetic, 2002), when he indicated He pointed out that "learning is a process that targets the central and peripheral nervous system. Through repetitions of a movement, skill, group of movements or skills, a change (improvement and development) occurs in the work of millions of neurons in the brain, and this change leads to a change in motor behavior." Effectively it worked on developing the physical, skill and psychological aspects of the player, and thus stimulated the response, improvement and adaptation of the work of the physiological devices to the variables that occur as a result of practicing these exercises, and improving the player’s ability to cope with training according to his different circumstances and positions, and these exercises worked to achieve the correct track of performance, with the increase of the two elements of desire And the thrill in its practice, as it maintains the good interdependence between the components of training and its development, so it works on developing physical and skill abilities, and works on the direct construction of training The high level of the athlete and the integration of skill performance and the promotion of tactical and mental understanding, and it is characterized by diversity in its performance so as to help the player get rid of the factor of fear, hesitation and a sense of confidence (Zeid, 2019), HIIT exercises had a positive effect in developing explosive power For the arms and legs and the performance of the offensive skills of the badminton players, by working on the muscle tension and relaxation quickly and in the shortest time, which led to the development of the movement strength and speed of perception of the working muscles and giving them the required motor coordination as a result of the mutual action between the central and eccentric contractions quickly, "as the greater the ability of The muscle to stretch, the greater the opportunity for rapid, strong muscle contraction. This is what was confirmed by a study (Maleh, 2008). “Strength enjoys a special place among physical abilities, as it is linked with other means of physical abilities, as well as the relationship that it has with the specific motor performance of the practitioner’s activity. The individual acquires the ability to flow, coordination, the ability to relax, and the right sense to perform directions and distances, all of which are necessary factors for athletic performance, no matter what. The type of sports activity. (El-Din, 2005) and this was confirmed by a study (Al-Selmi, 2019) the development of basic skills because of the use of exercises in the style of continuous training, as each of the two strikes is almost similar in technique, as the front-dimensions strike is the process of beating in depth. To the back line of the opponent’s court in the form of a large arc. As for the crushing blow, the shuttlecock HIITs a foot in front of the head, then the racket goes down after the HIIT, meaning that the two strikes need to lead up and jump up, i.e. vertical jump.

Kadhim, F. A. (2016, Mar). Design and manufacture of the electronic device to measure the compatibility and speed of motor response lower limbs fencing. . The Swedish Journal of Scientific Research. : https://sjsr.se/en/issue.php?issue=26.

Kzar, M. H., & Al-Selmi, A. D. H. (2021). The effect of an educational curriculum based on metacognitive skills in teaching some offensive skills on the specialized school of basketball in Baghdad governorate. Ibero-American Journal of Exercise and Sports Psychology, 16(3), 1-3. ‏

Maleh, F. A. (2008). The effect of vehicle exercises on the development of the cognitive harmonic ability of the man and the armed arm in fencing. research published in the Journal of Physical Education Studies and Research, p. 22.

Zeid, N. A. (2019). Exercises and their applications in motor learning. I 1: (Amman, Dar Radwan for Publishing and Distribution. 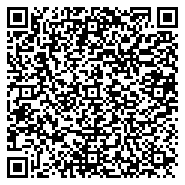