Football is one of the games in which the team counts a winner while scoring more goals in the opponent’s goal. The researcher noticed that there is a weakness in the basic skills of the two players, as the researcher considered preparing the training network exercises in a playing style that contribute to the success of this performance. The experimental researcher with the tribal and remote test of the experimental and control groups for its suitability to the nature of the research, the players of the Babel Sports Club for juniors football for the 2021 sports season, and their number (20 players), and the sample was divided into two experimental groups and a control group, with a rate of (10 players) for each group. Positively in developing some basic skills of junior footballers.

Football is one of the games in which the team calculates a winner while scoring more goals in the opponent’s goal, and accordingly coaches seek to develop training programs based on scientific foundations that lead to the basic skills that the player needs to win in this game, which is reflected in the training and then on the level The performance of direct free kicks, which plays an important role in achieving victory, especially at the last time of the match, as there are many evidences of these kicks and their optimal investment that led to victory in competitions, and the importance of research preparing network training exercises in a playing style in developing some basic skills for juniors football (Al-Selmi et al., 2019).

At the present time, the development of higher training that the world is witnessing today in all fields, and in the sports field in particular, has led to the creation of specific training methods to help coaches diagnose weaknesses and reach the most effective means to achieve the goals, which is to win the match. The researcher noted that there is a weakness in the basic skills of national players As the researcher considered preparing the training network exercises in a playing style that contribute to the success of this performance, it is an essential duty for the coach, the player, and those interested in these football skills. Research objective are Preparing training network exercises in the style of playing in developing some basic skills for junior footballers.Identifying the training network exercises in the style of playing in the development of some basic skills of football juniors, basic to young football players

Babel Sports Club players for junior football for the 2021 sports season, their number (20 players), and (10 players) for each group (Tables 1 and 2).

Methods and tools were used in the research

The exercises used in the research

The results are explained in tables (Tables 3-5).

The researcher attributes this to the effect of network training exercises in a playing style in developing some basic skills for junior footballers, and that one of the most important goals of sports training is the development of the level of skillful, physical and tactical performance. Scientific and thoughtful, and that this group has been trained in the period of time and focus and attention on the gradual increase in training intensity, which relied on scientific means and the training load was well legalized, taking into account the individual differences between the players (Qasim, 2010; Hassan et al., 2019), that the development of skills must Accompanying it is the process of developing the elements of physical fitness, as the training processes must consider the development of the elements of physical fitness and the development of skills as part of one process (Amr, 2001), The researcher attributes this development to the training program, applying the exercises in the training unit well, and working to reach the It leads to adaptation, which helped to increase the strength of the muscles of the legs, and thus led to an evolution in the test of kicking the ball to the farthest distance (Muwaffaq, 2001; Mohammed, 2018), and modern training is a comprehensive and integrated process. Neglecting any component of the game with adequate training makes the player ineligible to perform his duties on the field, and the player cannot perform his technical and tactical duties unless he has sufficient ability and physical ability, and the implementation of any plan cannot be successful unless the player is capable. From a skill point of view (Mufti, 1994) , the player must, while rolling the ball, balance between the speed of his launch with the ball and the degree of his control over it (Muhammad ,2000). With the ball, changing direction or making camouflage attempts and movements (Mortaza, 1997).

The training program for network training exercises in a playing style has led to a clear development in the development of some basic skills of young footballers. The emergence of significant differences between the results of the tribal and remote tests of the experimental group has led to a clear development in some basic skills in football. Recommendations is Allocating a specific time during the training units for the preparation of skills to train the performance of skills by the players and their implementation to reach the best level.

Mohammed, N. B., (2018) Effect of training exercises according to the visual kinetic synergy in the learning of chest handling and high basketball dribblikg for Down syndrome. Modern Sport, Volume 17, Issue 2, Pages 80-88. https://www.iasj.net/iasj/article/161064

Mufti, I K., (2006) What's New in the Physical, Skill and Tactical Preparation of the Football Player, Cairo: Dar Al-Fikr Al-Arabi.

Qasim, L. (2005) The foundations of learning and teaching and its applications in football B.M, 1. ) 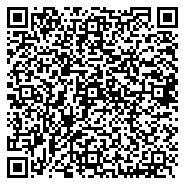