The Effect of Special Abilities Exercises on Growth Hormone and Achievement for Advanced Weightlifters, Baghdad Clubs

The Effect of Special Abilities Exercises on Growth Hormone and Achievement for Advanced Weightlifters, Baghdad Clubs

The purpose of this paper is to preparing exercises for physical abilities, especially for weightlifters, Baghdad clubs, and identifying the effect of exercises for special physical abilities on growth hormone and achievement for weightlifters. The researchers identified their research community with the advanced players for the Baghdad clubs by lifting the weights of (20) players of the weight category (81) kg, and the researcher chose his research sample randomly by (8) players and the researcher used the experimental design, for one group, and the researcher used the statistical bag (SPSS) and used In it (arithmetic mean, standard deviation, skew coefficient, T-test for symmetric samples). The most important conclusions were: Special exercises have a positive effect on the development of physical abilities, growth hormone and achievement of the snatch and nitro lifts. In addition, the most important recommendations were: It is necessary to use the special exercises intended for advanced players and in the special preparation in particular.

Weightlifting includes the two Olympic lifts (Clean and jerk and snatch), and both lifts have physical requirements within specific stages and tracks. Negative in achievement, which results instability in the level of achievement that represents a state of stability of achievement

Through the researchers’ follow-up of the achievements of the young lifters in weightlifting and in successive championships, as well as the use of the coaches’ opinions. The researchers reviewed the coach’s training record in which he documents their levels during training and confirmed the existence of a state of stability in the level of achievement through the numbers achieved in the kidnapping and netting championship For another and resulting from the use of traditional systolic methods (isotonic, isometric) and the lack of use of methods that work to bypass the stage of level stability and are scientifically based when using modern systolic methods to develop achievement, so the researchers decided to prepare exercises specific to the style of competitions that include kinetic performances related to physical requirements and kinetic performance for high Kidnapping and nipping for weightlifters as well as the other aspect of the feasibility of this research in the amount of detection of the growth hormone ratio resulting from extreme intensity training.

The researcher used the experimental method by designing one group with the pre and post-test, since this design is well-controlled with its suitability to the research procedures, as “the experimental method depends on the introduction of a deliberate and controlled variable for the specific conditions of an accident and the observation and interpretation of the resulting changes in the accident itself” (Mahgoub. 1993).

The process of selecting a research sample is one of the most important matters in scientific research, as it must faithfully represent the original community in order to give accurate and real results about that community and enrich the research with honest scientific information, as “the goal of choosing the research sample is to obtain accurate information about a community because through it the results of his study are generalized "(Al-Khatib. 2003). Therefore, the researcher chose a random sample consisting of (8) weightlifting players out of a total of 20 players in the weight category (81) kg.

Means, tools and devices used in the research

Tools and devices used in the research

Identifying of tests and measurements

The name of the test: achievement of the snatch lift

The name of the test: achievement the clean and jerk lift

A blood sample was taken from the players, the research sample, after the maximum performance for (3) minutes, by the laboratory of an assistant doctor, a specialist in the pre and post-tests, in order to identify the effect of special exercises on growth hormone for lifters. Blood samples were collected for each player and transferred to the laboratory according to the health framework for laboratory processing and results in disclosure.

In order to determine the individual levels of the research sample before conducting the main experiment on them, the researchers and the assistant work team gave some directions to the sample and acquainted them in general with the importance of the research and then carried out the tests in front of the players with an emphasis on the correct kinetic performance mechanism for each test, after which the pre-tests were started on a day 10/12/2021:

The following tests were performed: the snatch lift and clean and jerk lift, and the growth hormone measurement).

The following steps show the specifications of the work in the main experiment of the research group, as follows:

The following tests were performed: the snatch lift and clean and jerk lift, and the growth hormone measurement).

Presentation, analysis and discussion of the results:

Presentation, analysis and discussion of the results of the growth hormone:

Presentation, analysis and discussion of the results of the pre and post-tests on achievement and growth hormone:

The researchers attribute the superiority of the results of the post-test over the pre-test to the special exercises used by the research group and the exercises that include throwing weight in the air or jumping with it, which had a positive impact on the results obtained by this group, as this method is of great benefit in the sport of lifting Weights because the performance method in it serves the kinetic path of the lift in terms of kinetic performance, and the physical adaptations that occur on its impact, and this is confirmed that “each group of exercises must be prepared in a way that gives an effective effect in developing all abilities related to the type of activity” (Baseer. 2006) (Table 1).

The term special exercise indicates that the body or resistance must be thrown into the air to achieve the goal of lift "When the athlete works, he jumps, he bends a little before jumping, and this bending stretches the muscles, and the elastic capabilities of the muscles and tendons are stored as added energy. This will make the muscles contract more forcefully" (Farag. 2012).

Achieving muscle contraction with greater force is contributed by a number of factors, including those related to the nervous and muscular systems, and in different directions in each, but the special exercises method gives additions in the force of contraction without the rest of the methods, including the high-speed frequency of nerve impulses simultaneously, in addition to the energy Added by stimulating the soft tissues of the ligaments, joints and tendons, and this energy in itself constitutes relative increases in the outputs of the maximum force, which is positively reflected on the achievement of the snatch lift and clean and jerk lift. The reason for the development of achievement results is due to special exercises, which affected positively, as they require transfers in muscle work from one muscle group to another with control over the conditions of the body and its parts through precise and mutual organization between muscle groups when performing, which directly affects the process of group participation. Muscles with great accuracy and this is enough to create high neuromuscular compatibility, as it confirms that “physiology looks at compatibility as regulating the exchange of muscle work” (Meinl. 1987), This is largely directed to the development of the maximum power that expresses the movement in which a large amount of force is used in a short period of time, and this matter is a major requirement in the sport of weightlifting in snatch lift and clean and jerk lift, because the level of maximum power appears through the proportionality between the amount of force It is obvious that there is an inverse relationship between force and speed, as both variables cannot reach the maximum at the same time, which is what the maximum power requires.

The clean and jerk lift shows stability points, and the ballistic exercises came here to avoid the stickiness points that appear during the kinetic path in the performance of the lift, in addition to what this method achieved in improving the level of skill performance and thus achievement Special training has a positive effect on developing muscular ability, as well as the level of skillful performance" (Ahmed. 1996).

The results of the growth hormone were positive through the superiority of the results of the post-tests over the pre-test, since growth hormone is one of the hormones that are affected by the intensity of the athletic performance. For maximum strength, the most important thing to note is that the amount of growth hormone in the body of men ranges between (0.4-10.00) ng/ml. These percentages vary over the hours of one day, the age of the individual, and the level of effort he exerts (MJ.H And Costill, D.L. 1995).

Bastawisi Ahmed. 1996. Introduction to the meaning of the concept of the importance of plyometric work, No. 19, Cairo, p. 57. 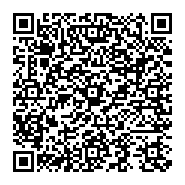