The purpose of this study was to describe the motivational profile of the athletes which have participated of the selection procedures that defined the Taekwondo Permanent Olympic Team, as well as and to compare their profile, concerning their gender. Forty three athletes with ages ranging from 15 to 32 years participated of this study (x=22,59 ± 4,1). A motivational profile questionnaire consisting of three parts that measure the motivational factors of the athletes was applied. This study was approved by the Ethical Committee (061/05) and the data collection was carried out during the selective of the modality. The data analysis was realized trough the statistical package SPSS 12. The results that were founded showed that the athletes had a good health (x=2,84 ± 0,43), a good sociability with their coaches (x= 2,79 ± 0,51), willpower (x=2,77 ± 0,53) and motivation (x=2,74 ± 0,54) to practice the Taekwondo. By the comparison of the genders it was reached the conclusion that the motivational profile is similar for both, although it was noticed the existence of statistical differences in favor of the female one. They receive more support from their parents to go on a diet (p=0,04), worried more with the injuries / illnesses (p=0,05), enjoy to practice other kinds of sports (p=0,00) during her spare time, and dancing and listening to music (p=0,05). 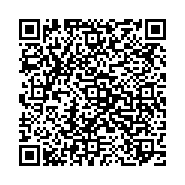