Personality can be considered one of the most fundamental and important topics concerned with an individual's abilities and capabilities, which accompany and guide him throughout his life and change, grow, and develop during the stages of an individual's life, and personality from a specialized scientific perspective is a topic that participates in the study of many sciences, the most important of which are psychology, sociology and management.

The leadership has a social role played by the leader during his interaction with the other group that they work with, and leadership is a form of social interaction between the leader and the group. The studies focused on the professional and cognitive aspect of the educational supervisor and left important aspects, like the psychological aspects, with the scarcity of research and studies on administrative and psychological aspects, especially with regard to the personality of the supervisor, so the researcher decided to study this problem and find appropriate solutions.

The study included 29 educational supervisors in physical education from the province of Babylon's central region. Through the use of two scales, the researcher adopted a descriptive strategy in the survey study (the leadership personality scale and the scientific performance efficiency scale), and the researcher concludes the following : - 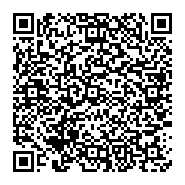