The coach is the basis of the training process, and its effect appears in the way he applies the skills and training plans in the various and changing playing situations in all events at the time of volleyball. Their goal is to bring about desirable changes for the players by raising the effectiveness of their performance. Effective training is characterized by specific strategies that can be applied, and therefore the effective coach is the one who uses these strategies that consist of a separate skill set. For example, the effective supervision strategy consists of the coach moving in an unexpected pattern and increasing the behavior related to the implementation of the task, eliminating the inappropriate behavior quickly and decisively, and finally providing the players with appropriate feedback. Hence, the significance of the research in studying the professional behavior of coaches and showing the extent of their effectiveness during training and competitions from the point of view of futsal football players. Therefore, it is necessary to measure the level of professional performance competencies for coaches, because the failure to disclose the level of professional behavior competencies represents one of the shortcomings that affect the possibility of developing the coach’s level, which is reflected in his capabilities in raising the level of his players in terms of physical, skill, tactical and psychological aspects. The research aims to reveal the levels of professional behavior competencies of volleyball coaches in some Iraqi clubs, in addition to knowing the differences between them. The research sample amounted to 96 players representing 6 clubs from the Premier League in futsal for the 2019-2020 season. The researchers used the professional performance scale, which consisted of 91 items distributed over 5 main axes. The researchers concluded the following:

- There are no statistically significant differences between coaches of sports clubs.

- There are differences between trainers according to years of experience- 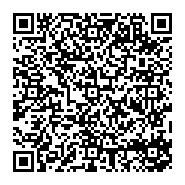