The purpose of this paper is to preparing special kinetic corrective exercises according to the values of the biomechanical variables of facing (front) spiking in volleyball, and identifying the effect of special exercises in developing the values of biomechanical variables when performing of facing (front) spiking in volleyball. The researcher used the experimental method by designing (the two equal groups), which is consistent with the nature of the research problem, as experimentation is one of the most efficient means to reach reliable knowledge. The researcher identified the community, who are Al-Amanah Sports Club players, who number (20) players in the Premier League for the 2019 season. 16 players were selected, and the researcher divided the sample randomly into two groups, the first (A) experimenting with 8 players, and the second (B) controlling 8 players The experimental variable was introduced using special (mechanical) corrective exercises in the experimental group, and the control group was trained in the usual method followed by the trainer. Before starting to work with the special corrective exercises. One of the most important results reached by the researcher is that: It turns out that the preparatory stage represented by the approach stage directly affects the goal of the skill, as it determines from where and when the player begins to perform the next stage and that any influence in this stage and for any reason leads to a deficiency in the main stage, any biomechanical change at any stage clearly affects the subsequent stage due to the stability of performance determinants, whether it is related to the law of the game on the one hand or in terms of exploiting biomechanical laws on the other hand, and the results in the field of the kinetic analysis showed that the four stages when performing confrontational spiking are effectively affected by three basic variables involved in building the principles of movement in spiking, namely, approach speed, launch angle and peripheral speed of the striking arm through which we can obtain information that can contribute as much as Effective in studying performance details and setting standards that govern it. One of the most important recommendations recommended by the researchers is that: Paying attention to the variables of the stage of advancement by reducing the stopping time and increasing the speed in the final momentum of the movement in the approaching stage so that the maximum potential of the players available can be utilized in achieving the appropriate level according to their abilities, the necessity for those in charge of the training process to be familiar with the rules of kinetic analysis that depend on the basic principles of kinesiology, anatomy, biomechanics and other sciences related to movement and necessity of focusing on the biomechanical laws that basically control each of the four stages of performance through what these values have achieved in terms of moral differences that have effectively contributed to a higher level of performance with less effort. 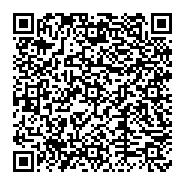