Studies have shown that this behavior increases in the primary stage and reaches its peak in the middle stage (Hussein, 2007), (Oluis, 1993) mentions three patterns or types of bullying behavior: physical bullying, verbal bullying, and social bullying. Physical bullying means harming the victim physically through pushing, beating, and destroying his personal belongings. Verbal bullying refers to the use of words to humiliate or hurt another person's feelings through teasing, name-calling, insults, and threats (Jaradat, 2008), As for social bullying, it means influencing others and forcing them to exclude and reject the victim, in order for him to be socially isolated, and this is done through obscene gestures or social exclusion. There are two other types of bullying that destroy property, such as tearing clothes, destroying books, breaking pens, and so on (Abu Ghazal 2009), Sexual bullying can be physical, verbal, or social, and includes performing certain sexual behaviors such as touching and sexual contact, using obscene sexual names and words, or spreading sexual rumors about a person (Hussein, 2007).

The researchers classify the individuals and adolescents who participate in creating the problem of bullying behavior into three categories: the bullied, the victims. with other individuals, and poor academic achievement (Abu Ghazal, 2010), as for the victims, they are characterized by submissiveness, anxiety, weakness, caution, increased sensitivity, calmness, low self-esteem, lack of popularity, poor social skills, lack of assertive skills (Jaradat, 2008), as for the individuals who are bullied and victims, they are characterized as the most anxious, the least popular, emotionally unstable, easily provoked, and repeatedly provoke others, they have hyperactivity and attention problems and are usually classified as severe-tempered.

There are many reasons for bullying behavior, including personal, family, and school factors. Personal factors relate to the personality of the bullying individual. The bully is characterized as impulsive, reckless, and enthusiastic to a large extent, and the mood plays an important role in bullying behavior, and it is also characterized by emotional imbalance, depression, and frustration. Physical force is a key factor in bullying behavior. Family factors include neglect of care, high levels of family violence, family conflict and turmoil, lack of behavioral controls among family members, and lack of monitoring of children's behavior (Abu Ghazal, 2009).

The end of the twentieth century and the beginning of the twenty-first century witnessed the emergence of an influential problem in contemporary human life and in most of the developed and developing countries of the world, which is the problem of bullying. This indicates the low level of those societies in terms of human, precious, educational, social and other aspects. This problem needs to be faced by the international and local communities and in all educational and non-educational institutions. However, we find that the proportion of individuals who are empowered is increasing, and thus the number of victim's increases. The impact of bullying behavior lies not only on individuals who are victims of feelings of anger and sadness, withdrawal, bad self-concepts, feelings of inadequacy, depression, and low self-esteem as a result of bullying behavior directed against them. Some of his colleagues on this behavior. Ziegler and Rosenchen (1991) indicated an increase in the prevalence of bullying behavior, as the rate rose from (3%-20%) in schools in some countries. Ziegler and Rosenchen warned of the danger of not facing this problem and accelerating the change of the school environment and transforming it into an environment in which this behavior is completely prohibited (Khouly, 2007).

The researcher felt the existence of the problem of bullying and its impact on the behavior of the adolescent individual, his interaction with his family and school in particular, and his social life in general, by examining some literature and previous studies. The presence of this problem in our stadiums was reinforced by the researcher's visits to a number of clubs in Baghdad governorate, his meeting with a number of members of the training bodies in those stadiums, and inquiring from them about the size of the problem of bullying among the players. In order to ascertain the existence of the problem in the clubs of the Baghdad governorate, the researcher submitted an open survey questionnaire to a number of youth clubs, to get their opinions about the presence of this problem among the players in the governorate. Appendix (2). Some coaches answered that this problem exists in their stadiums to a moderate degree and that it takes many forms and forms, despite the many measures that club managements and members of the training staff resort to in limiting this problem. That is, almost (80%) of their answers confirm the presence of this problem in the players, and some of them answered that this problem decreases in their stadiums. The answers of some coaches reinforced the researcher's conviction of the need to study this psychological-educational problem in the stadiums because it negatively affects the players in the course of the training unit. The problem of bullying, as a behavioral practice by the players, is an old problem, but as a concept it has emerged recently. Many of us can recall some of the incidents of bullying that we were exposed to during our school years. These incidents do not include joking between friends that ends in reconciliation. Astaqwa does not happen between friends. This problem greatly affects the behavior of the players and their academic achievement. In view of the negative psychological, educational and social effects of bullying behavior on the victims of bullying, it should be emphasized here that if early intervention is not taken to prevent and combat bullying behavior, it increases with the passage of time and soon this behavior turns into criminal behavior when the bullied reaches the age of twenty-four years. . This is because bullies have a sense of inferiority and believe that others do not respect them (Hussain, 2007).

Victims of bullying often feel indecisive on the field and suffer from fear, anxiety, loneliness, and low self-esteem. They are likely to try to avoid playing with bullies in the game and avoid social interaction in order to escape bullying. Therefore, their constant exposure to bullying behavior may hinder their emotional, social, and academic development. Accordingly, the problem of "bullying" seems to be a problem worthy of scientific research, and it needs a scientific study.

Based on the above, the problem of the current research is to answer the following main question:

What is the relationship of bullying behavior with achievement motivation among players?

• There are statistically significant hypotheses between bullying behavior and achievement motivation among young soccer players under (19) years old.

• Spatial field: The arenas and stadiums of Baghdad clubs for the first degree in football

The researcher used the descriptive survey method to suit the nature of the research problem.

The research sample was chosen by the intentional method from the young players of the first-class clubs for the season (2021-2022) in football. Their number is (385) players from (11) for the sports season, and the reason for choosing them deliberately was that they represent the best players in the whole province because of their good level of performance, as well as their experience in league tournaments, and this sample constitutes 100% of the research community.

• Arabic and foreign sources and references.

Tests Used in the Research

The bullying behavior scale was used to measure the bullying of youth football players for first-class clubs for the season (2021-2022). It was achieved using the methods of discriminatory validity and content validity, and confirmation of the stability of the scale through testing and its repetition, and the alpha coefficient. The bullying behavior scale consists of (48) statements, and in front of each statement there are three levels of response (always-sometimesrarely), as the tester puts a mark (Correct) In the field that he deems appropriate for the answer that corresponds with it, the degree of the scale ranges from (1-3) degrees, and the final degree of the scale is the sum of the degrees of all the statements, especially since the maximum scores of the bullying behavior scale, the closer the individual’s score is to these limits, the more the degree of the individual approaches these limits. His strength and behavior.

In order to identify the most important obstacles and difficulties facing the researcher in the main experiment, and to determine the extent of the efficiency of the auxiliary work team in implementing and managing tests and measurements, the researcher conducted his reconnaissance experiment on Monday and Tuesday corresponding to 11-16/11/2021. To (6) players who were randomly selected from the youth players of the Football Players Club, as the questionnaire forms for the bullying behavior scale were distributed on the first day, and on the second day, the achievement motivation questionnaire was distributed.

Scientific Basis for the Tests Used

The researcher distributed the scale form to the research sample on Saturday corresponding to 11/20/2021. On the second day, Sunday, corresponding to 11/21/2021, the achievement motivation form was distributed under the same conditions as the previous tests. After answering, the data of the scale forms and the achievement motivation form were emptied.

4. The (t) test for the significance of the correlation coefficient.

The arithmetic mean, the standard deviation, the hypothetical mean, the calculated (t) value, and the significance of the bullying behavior scale (Table 2).

Discussing the Results of the Research:

The results of the bullying behavior scale showed a value of (72.64) for the arithmetic mean, which is a lower value than the hypothetical mean value of (120) degrees, and this indicates a decrease in the general level of bullying behavior. For young players ages (17-18) years, the researcher attributes this decrease to the rise in the level of achievement motivation, as "the material, moral and social returns are all provided by the institution to achieve degrees of satisfaction for its players according to their efforts in performing their tasks, the most important of which are (pay, incentives, rewards) and the player feels satisfied, which leads to exerting the utmost effort and giving all his efforts in order to satisfy the coach and the audience.” (Jawad,2000).

This decline is also due to the same conditions that fall on all players of the age groups and national teams, in addition to that they are subject to the same laws, regulations, and regulations, and it is consistent with what was proposed by (Ahmed Saqr Ashour), in which he affirms that “the existence of work systems, procedures, and rules Organizing the work and clarifying the actions and their sequence in a way that facilitates the work and does not hinder it. Whenever this policy is characterized by flexibility, integration, stability and the availability of complete information, there is a relative guarantee (Ashour , 2006).

The search results were the following:

• The scale proved its effectiveness in measuring the bullying behavior of the research sample.

• Achievement motivation has a major role in the success of the scale in choosing appropriate solutions.

• The level of bullying behavior is inversely related to the level of achievement motivation for the sample.

• The sample had a low level of bullying, offset by a good rise in achievement motivation.

According to the conclusions, the researcher recommended the following:

• Using the scale to know the levels of bullying behavior of the players and its impact on achievement motivation.

• Attention to psychological preparation for young age groups in reducing their level of bullying behavior to qualify them for higher levels in the future.

• Carrying out similar studies to standardize bullying in other age groups in football, as well as for other sports.

• Emphasis on trainers in observing bullying behavior and limiting it, and paying attention to achievement motivation due to its importance in developing performance.

El-Khouly, Hisham Abdel-Rahman (2007); Studies and Research in Psychology and Mental Health, Dar Al-Wafaa for the World of Printing and Publishing, Alexandria - Egypt, pp. 112-113.

Sullivan, Keith, Mary Clary, Jenny Sullivan (2007); Riotous behavior in secondary schools, what it is and how to manage it, translated by Taha Abdel-Azim Hussein, Dar Al-Fikr, Amman-Jordan, p. 10. 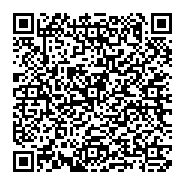