Differences In Speed, Acceleration, Agility, and Power of The Leg Muscles In Female Futsal And Football Players

Differences In Speed, Acceleration, Agility, and Power of The Leg Muscles In Female Futsal And Football Players

Sport has an important role in improving the quality of human resources. Sports activities include various branches such as futsal and football, where these two sports have developed into sports achievements in the community. Football and futsal as physical activities have become popular and rapidly growing sports in Indonesia. Not only male players, female players also participated to excel in football and futsal. In line with this, the research results of Doewes et al concluded that females are construct the football as a sport that can be played by female and female can participated in football competitions and become winners of female football athletes [1]. Besides football, futsal has also been played by men and women [2]. As a sport of achievement, both futsal and football are competitive sports with a very high tempo, so that excellent physique is required. Physical condition is the most dominant preparation to perform maximum performance. In line with this, Gioldasis stated that physiological and physical requirements are the main factors of concern where teams with good physical conditions are able to develop good strategies and are able to adapt to the movements of opponents and teammates [3].

Futsal is a variant of football with five players, besides that futsal is also referred to as a version of the indoor football game [4]. Futsal is played for less time on a smaller field area than football. Substitution of players in futsal is not limited, in contrast to football which is limited to only 3 substitutions of players. Considering that the field used to play futsal is smaller than football, it requires players to run looking for empty spaces and change strategies and positions to attack and defend, so this condition places certain physiological requirements on futsal players [5]. Judging from the game, futsal and football players have different physical demands, but the ability to accelerate and speed is the most important thing to achieve success in these two sports [6]. Ribeiro et al stated that acceleration is the most important variable in futsal because it refers to the type of load that is neuromuscularly oriented. In futsal due to the reduced pitch dimensions, acceleration ability is important in controlling and moving the ball quickly and high sprints under opposing pressure [7]. With regard to acceleration and deceleration actions, agility is the key to futsal performance [8]. In addition, for team sports players such as futsal to play at a high level, leg muscle power is needed that is able to support motor action [9]. On the other hand, Wang and Zhang explain that football players need dynamic muscle performance during the game, including fast movements such as body acceleration and deceleration, agility, jumping, endurance, speed, and power for kicking and tackling [10].

The researcher used a quantitative study with an analytical observational design to compare the two groups. The 40 female players consisting of 20 female futsal players and 20 female football players. The inclusion criteria of the research sample: (1) Aged 17-20 years; (2) Have a balanced ability; (3) Undergo the same exercise; (4) Players in the position of striker, midfielder, and defender for football players; (5) Players in defender, winger, and pivot positions for futsal players. Table 1 describes the characteristics of age, height, weight, and playing experience in both groups (Table 1).

First, subjects were instructed to sprint 20 meters and 30 meters. Each subject was given 3 chances on the test with 1 minute of active recovery between trials. Then proceed with the Illinois agility test. For the agility test, participants are in a prone position and their hands are shoulder-length touching the floor. At the command "Go" the stopwatch starts, and participants get up as fast as possible and run as fast as possible following the Illinois agility test track to the finish line without moving or touching the cone. Agility test was repeated twice. The assessment on these three tests is seen from the completion time of the track which is recorded in seconds and the best level is recorded for analysis. After completing the three tests, participants were instructed to test the vertical jump using a vertec jump. Under the vertec, participants stand trying to reach as high as possible without tiptoe. This first measure is referred to as standing reach. Then participants are instructed to jump and try to reach back as high as possible. This second measure is referred to as the vertical jump range. The vertical jump is repeated three times. Assessment is seen from the difference in reach when standing and jumping. The highest results were recorded for analysis.

To determine the average difference between the female futsal player group and the female football player group, an independent t test was carried out with a significance level of 5% (p < 0.05). Data analysis was performed with SPSS 16.

Futsal is an intermittent and explosive team sport, requiring players to have a good combination of physicality, technique and tactics. Futsal is played for 2x20 minutes while football is played for 2x45 minutes. The futsal field measures approximately 40x20 meters with a goal size of 3x2 meters, while football is played on a field measuring 90x45 meters with a goal size of 7.32x2.44 meters. Differences in field size, game time, and number of players between futsal and football will affect the physical and technical demands of the two sports [14]. The size of the field is relatively small, it requires cooperation between players through accurate passing to pass opponents whose positions are very close. Shorter playing time makes the game faster with fast ball circulation. Fewer players change the technical and physical requirements of high intensity. The erratic movement of the ball makes players who are few in number need to work together to control the ball well. Limited space, time, and number of players make players take action quickly and have optimal physical readiness due to high pressure from the opposition.

Speed is the movement capacity of the limbs or parts of the body's lever system or the movement of the whole body that is carried out in a short time [15]. Both futsal and football, these two sports require speed. This is because the speed capacity of futsal and football is manifested in several conditions such as reaction speed, switching positions from starting to different positions, and rapid changes in direction [16]. The results showed that female futsal and soccer players had statistically different speeds, as evidenced by the value of tcount = 3.67 > ttable = 2.02 and the value of sig. = 0.001 < 0.05. When compared, female futsal players have better speed skills than female football players in the 30m speed test as evidenced by the average speed where the average speed of female futsal players is 5.63±0.17 seconds, while female football players are 6.06±0.51 second. In line with the results of this study, Ünveren’s research also shows the same results where female futsal players in the 30m speed test show a speed value of 4.16±0.39 m/s while female football players shows a speed value of 4.84±0.23 m/s [12]. If viewed from the characteristics of these two games, what makes female futsal players have higher speed abilities because futsal players need speed to move closer to each other, the act of closing space to protect the goal from an opponent's attack, and initiating a counterattack when the ball starts controlled which resulted in the opposing attacking team retreating due to losing possession of the ball [15]. In addition, Leite also explains that the game of futsal is characterized by movement at maximum speed in a very small space and emphasizes running speed during the action of the match [17].

Agility needed for successful performance in futsal and football which emphasizes perceptual and decision-making abilities such as quick and precise reactions in anticipatory actions [19]. The results showed that female futsal and soccer players had statistically different agility, as evidenced by the value of tcount = 4.54 > ttable = 2.02 and the value of sig = 0.000 < 0.05. When compared, female futsal players have better agility abilities than female football players in the illinois agility test as evidenced by the average agility where the average agility of female futsal players is 19.90±0.71 seconds, while female football players are 20.78±0.48 second. The results of this study are supported by Ünveren’s research which shows the same results where female futsal players display a better agility value with an agility value of 16.99±0.55 m/s while female football players shows an agility value of 17.50±0.74 m/s [12]. The results of the study are also supported by Başkaya, et al which showed the same results in the illinois agility test where female futsal players showed better agility with an agility value of 17.23±0.82 seconds while female football players shows agility values of 17.65±0.52 seconds [18]. In line with the results of this study, Kartal explained that in futsal, the fact that the one-on-one tactical space is generally narrow thus develops players’ defense and attack techniques, and allows players to decide faster, including changing directions [15]. Agility determines the quality of a player’s movements such as changes in direction in high-speed running and sudden acceleration and stopping. In addition, agility in particular plays an important role in dribbling in positions where players are in a 1vs1 position or situation [19]. Along with agility abilities, with the large number of match situations to be studied, selected, memorized, and selected and the team’s simultaneous participation in attacking and defending actions in matches can maintain the development of high cognitive and coordination skills of players.

Strength and power abilities play a key role in team sporting performance. Laturco et al explained that stronger and more powerful players are usually able to accelerate faster, jump higher, and change direction more quickly [20]. The results showed that female futsal and soccer players had statistically different leg muscle power, as evidenced by the value of tcount = 4.51 > ttable = 2.02 and the value of sig = 0.000 <0.05. When compared, female football players have better leg muscle power abilities than female futsal players in the vertical jump test as evidenced by the average jumping height where the average jumping height of female football players is 70.40±15.75 cm, while female futsal players is 50.45±11.97 cm. In line with the results of this study, the research of Başkaya et al also shows the same results where female football players in the countermovement jump test show a jumping height value of 28.65±4.12 cm while female futsal players shows jumping height value of 23.22±2.20 cm [18]. If viewed from the characteristics of these two games, it is clear that female football players have higher leg muscle power abilities because football players must perform a variety of single maximum intensity exercises, including jumping, kicking, actions that may precede most goals scored in the league, competitive, and correlated with competition success [18]. In many situations, to score a goal or stop a goal being scored, the player must be faster and stronger than the opponent. In addition, football is becoming more and more athletic and to win a jumping dual or to catch the ball before an opponent and to score a goal requires a lot of muscle power. Ozbar et al also explained that during a football match, short duration actions such as jumps, changes in direction, and acceleration occur that can occur in 4-6 seconds, are repeated 1000-1400 times, and techniques in football games are shown by lower extremities power and actions where explosive power comes to improve playability and high performance [21]. 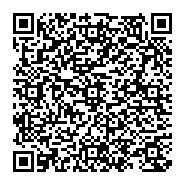