The aim of this research is to identify the effect of the educational curriculum according to Kolb’s theory in developing the mental perception of young people, as well as its effect on learning the skill of preparation in volleyball. The research hypothesized that the approach in this work had a significant effect in developing mental perception and learning the skill of preparation in volleyball. The research community is represented by the emerging neighborhood club players for the season 2020-2021 in State of Wasit Governorate, Iraq, which has nominated a 27 players. A two groups were chosen by lottery to represent the control and experimental sample. Each group consisted of 10 players. The research involved an exploratory experiment to extract the scientific parameter for the tests under search tribal. The application of the educational curriculum and after completing the application of the curriculum the post tests were conducted under the same conditions and variables similar to the tribal tests. Among the most important conclusions reached in this work are the educational curriculum according to Kolb's theory has a positive effect in the process of developing mental imagery which in turn provides a better view of learning skills. The experimental group outperformed compare to control group in mental perception.

The educational process takes organizational frameworks that keep pace with the new methods. The process of choosing the concept that built on the available capabilities for planning the educational curriculum (Usman 2016). By adopting and employing motor learning in an appropriate manner, with the ability and possibility of individuals and their acquisition of the sporting motor skill and mastery (Lisa 2013). The volleyball is one of the sporting events in which basic skills are an important base to raise the player’s level and mastery of their skills,which prompted the educators to give teaching these skills a greater share in the educational curricula. A giving more time to education is not feasible alone; as there are many methods and multiple educational means need to be observed also (Maja 2012). These methods are increases the speed of skill learning and acquisition, and information. The content may need to be presented in different ways or arranged so that it becomes more understandable and directly related to the needs of education (Teodora 2020). These are including educational theories, namely Kolb’s theory of learning, which works to reduce the burden placed on the learner through the exchange of work between the two sides. The physical and mental aspect requires adjusting the educational curriculum and reorganizing the presentation of information to learners through the development of educational science (Linda 2019). Hence the importance of the research by giving an appropriate educational method to develop the mental perception of learners through the educational curriculum, which leads to the speed of learning. The multidimensional learning skill of preparation in volleyball is a complex process of training and educating younger generations emphasizing on the physical education (Cristian 2018). Learning in its multiple and modern directions requires the use of different methods and theories, including Kolb’s learning theory (Alice Y Kolb 2011). Which gives a novice with experiences that can help to build more information and better comprehend. The form of motor performance of the skill through process of using mental visualization can have produced good performance. This can be effective to the beginners through the learning stages that have a result in teaching the basic skills of volleyball. Then, it must be carried out according to an appropriate educational method, in a line with Kolb’s theory of learning. Which allows the learner to understand or construct an appropriate motor form for the skill to be learned. In this study, the researchers tried to use Kolb's teaching theory of learning as a means and accompanying method to teach the skill. The preparation in volleyball that serves the teacher and the novice learner to reach a better level. Where the research objective divided in to two parts; First recognizing the effect of the educational curriculum according to Kolb's theory in developing the mental perception of young volleyball players. Second is to recognize the impact of the educational curriculum according to Kolb's theory (Jennifer 2012), in learning the skill of preparing in volleyball for young players. The hypotheses of the research are the educational curriculum according to Kolb's theory has a significant effect in developing mental perception and learning the skill of preparing in volleyball for young players.

The research participants identified the neighborhood volleyball club players, the junior category in State Wasit Governorate, which numbered 27 players. The sample was selected from the research community and divided equally in a random way by lottery into two groups, the experimental group that worked with the research variable and the 10 junior’s participant and the control group that worked in the style followed by the coach and they are 10 juniors. The players of the exploratory experiment were selected with 7 players. The sample under research were compromised 74%.

Sample homogeneity: The researchers verified the homogeneity of the research sample in the variables related to anthropometric measurements (height, mass, chronological age, and training age), as shown in Table 1 (Table 1).

The results listed in Table 1 show that the calculated skewness coefficient values for all variables are less than (±1), which indicates the homogeneity of the sample members in all variables namely length, mass, chronological age, and training age (Ali Radhi 2021).

Equality of the two research groups: To ensure starting from one starting line for the experimental and control groups, the researchers extracted the equivalence of the sample in all the studied dependent variables. Which is based on the results of the tribal tests for the two groups as shown in Table 2 (Table 2).

After completing the visualization process, the player evaluates himself according to a five-dimensional estimation scale as follow: 1) Lack of a mental picture of the situation: none; 2) The presence of an image but it is not clear: an image that is not clear; 3) A medium clear image: the image is medium; 4) A very clear picture: the picture is clear.

In evaluating the technical performance of volleyball setting, the researchers relied on a standardized test used in previous research (Miguel 2016, Osama 2000) as this test relied on the apparent construction of skill in the evaluation process and according to the three skill sections and grades for each section as shown: Preparatory section (3) marks; main section (5) marks; final section (2) degrees.

The objective of the test: Evaluating the technical performance of the preparation through the three sections of the skill (preparatory, main, and final).

In order to adjust the variables of the study, and to ensure the vocabulary of the curriculum, the researchers must conduct an exploratory experiment before the main experiment of the research to find out the obstacles to work. Seven players who did not participate in the main experience.

For the purpose of ensuring the correct measurement, researchers must verify the scientific transactions of the tests before conducting the main experiment.The tools and approaches for achieving measurement assurance, confidence in data and results, and the facility for sharing data were observed (Anne L. Plant 2018).

The validity of the test

Honesty is one of the important qualities that a good test must be characterized by, and honesty is defined as “the extent of the validity of the test or scale in measuring what it was designed for (Haradhan 2017). The researchers extracted the validity coefficient by means of the content validity, as “the content validity of the test depends mainly on the extent to which the test can represent the contents of its elements, as well as the attitudes and aspects that it measures in honest, homogeneous and highly significant representation to achieve the goal for which the test was set (Osama 1990). Accordingly, the researchers presented a form A questionnaire for the tests under consideration was given to a group of experienced and specialized persons. Therefore, presenting the forms to experts and specialists is considered authenticity of the content.

The stability of the test expresses “the test that gives close results or the same results if it is re-applied more than once and in the same conditions (Gerald 2001). The researcher found the reliability coefficient for the skill tests by adopting the method of applying the test and reapplying it to the same sample in two similar days under the same circumstances. It is one of the most appropriate ways to determine the stability of many scales and tests in the kinetic field (Ali Salloum 2004). The test of mental visualization and preparation skill was applied to the members of the exploratory experiment sample (Robert 2010) which numbered (7) players from the research community on 25/11/2020 at fixed time, then the same skill tests were repeated after (5) days on 29/11/2020 on the same time. In both tests, the researchers extracted the reliability coefficient. It was significant after comparing it with the tabular (t) value of (0.57) with a degree of freedom (10) and below the significance level (0.05), which indicates the stability of the tests used.

Through our observation of Table 5 of the results of mental imagery, the following showed that there were significant differences in the post tests between the control and experimental group and in favor of the experimental group. This is in agreement with the hypothesis of the research. The researchers attributed the reason for this development to the effectiveness of the approach used in developing mental imagery during their exposure to educational aids directed towards mental imagery of the motor performance of non-numbering skill in volleyball. This is in consistent with the opinion of (Jenny 2009), which indicates that These approaches clarify the picture after it was blurry (unclear) at first. Also contributed to giving sufficient mental information and repetitions that contributed to the understanding and knowledge of the skill in different match conditions (Muslim. 2020) which sees that the mental perception of motor skills helps in achieving more understanding of the nature of motor skills performance in accordance with play and competition. The applied approach of differentiated education also helped in developing kinetic sensations and repetition of these sensations during the implementation of the skill. Which in turn gave them a good opportunity to observe kinetic sensations and try to mentally repeat and repeat them. In addition, the curriculum according to Kolb's theory of learning practiced by the experimental group has helped to analyze the important parts that make up the motor skill. Which is providing opportunities for coordination between the nervous and muscular systems. this is what was indicated by (Osama Kamel Ratib, 1990) as the sense of movement plays an important role in the process of motor coordination as well as a sense of speed of movement. Table 5 also shows that there are significant differences between the post-test for the control and experimental groups and in favor of the experimental group. The researchers attribute the reason for this development to the approved curriculum, which contributed to the learner’s acquisition of adaptation to performance during the implementation of the preparation. As a result of continuous repetition according to this approach, a teaching skill performance is one of the main elements that must be available in any skill. Which is in consistent with the opinion of (Yarub Khayoun 2002), indicating the accuracy is one of the important variables in the field of learning and motor behavior, due to many mathematical skills require motor implementation with minimal errors.

The necessity of taking into account educational theories when learning the skill performance of some basic volleyball skills because of their clear impact on the learning process. The necessity of taking into account the mental perception in all its axes to benefit from it in developing the learning process. Conducting research similar to the rest of volleyball skills.

This work is not funded by any institution.

All authors declare no conflict of interest. 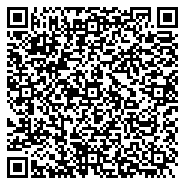